Having gained her Doctorate from the University of Newcastle upon Tyne in 2000, Lesley worked initially as a University Lecturer before moving into a career in Media and Branding Research.

Lesley is drawn to casting mundane, everyday, ‘found’ objects that populate our lives without a great deal of thought; objects which are considered to be useful but not beautiful, and which are often disposable. Her pieces subtly question our own relationship with these objects which are comfortably familiar; used and touched every day, but rarely thought of.

Lesley’s process is transformative of these objects. By rendering them into porcelain, a prized material, and ﬁring them to a high temperature, these otherwise ephemeral items are transmuted into objects of beauty and permanence far removed from their original condition.

Diﬀerence is introduced through elements of hand building, altering and other modiﬁcations of form and surface. The seams which are characteristic of the slip casting process (and usually removed) are preserved and utilised in Lesley’s work to interrupt the otherwise perfectly replicated surfaces. This makes each item, although apparently repeated, actually unique.

Colour – solid, marbled, or dotted onto the surface, is used to introduce diﬀerence to otherwise uniform surfaces. All of this takes place whilst preserving the clean, simple and contemporary aesthetic, which is at the core of Lesley’s work.

Lesley’s piece, ‘Deviation’, a series of marbled, altered bottles, was exhibited at the Ferens Art Gallery, Hull, as part of their relaunch for the European City of Culture, 2017. Her 64 Bottle piece ‘Transition’ (each a diﬀerent shade moving almost imperceptibly from Black to White) was shown in the Ferens during the 2018 Open Exhibition and was also featured on exhibition posters and brochures.

Lesley works from her studio in Beverley, East Yorkshire and her work is currently in Showrooms and Galleries in Sydney and Paris, as well as in the UK. 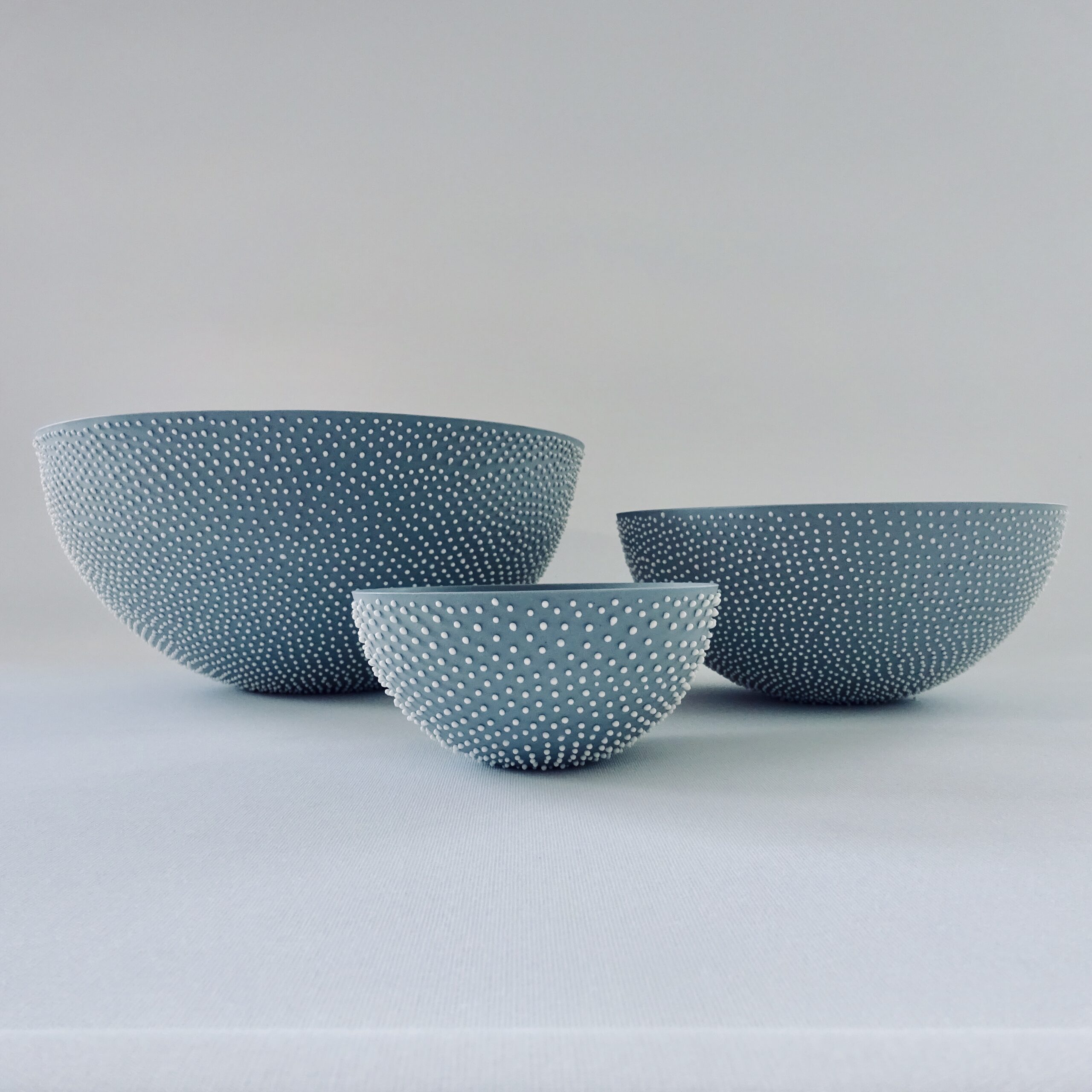