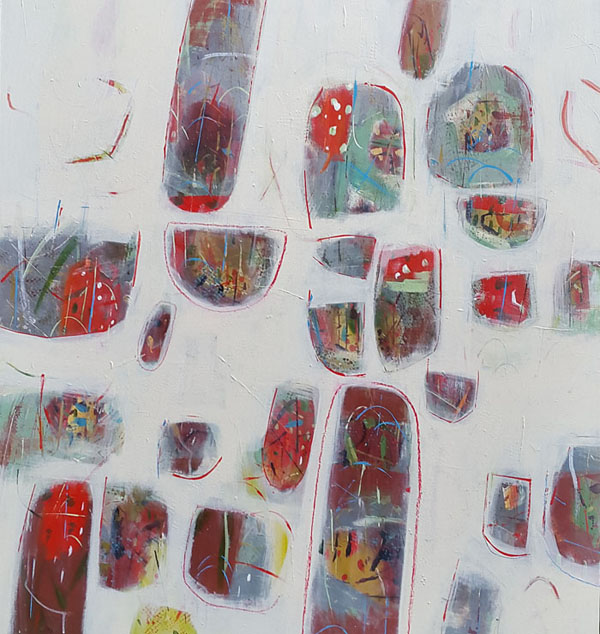 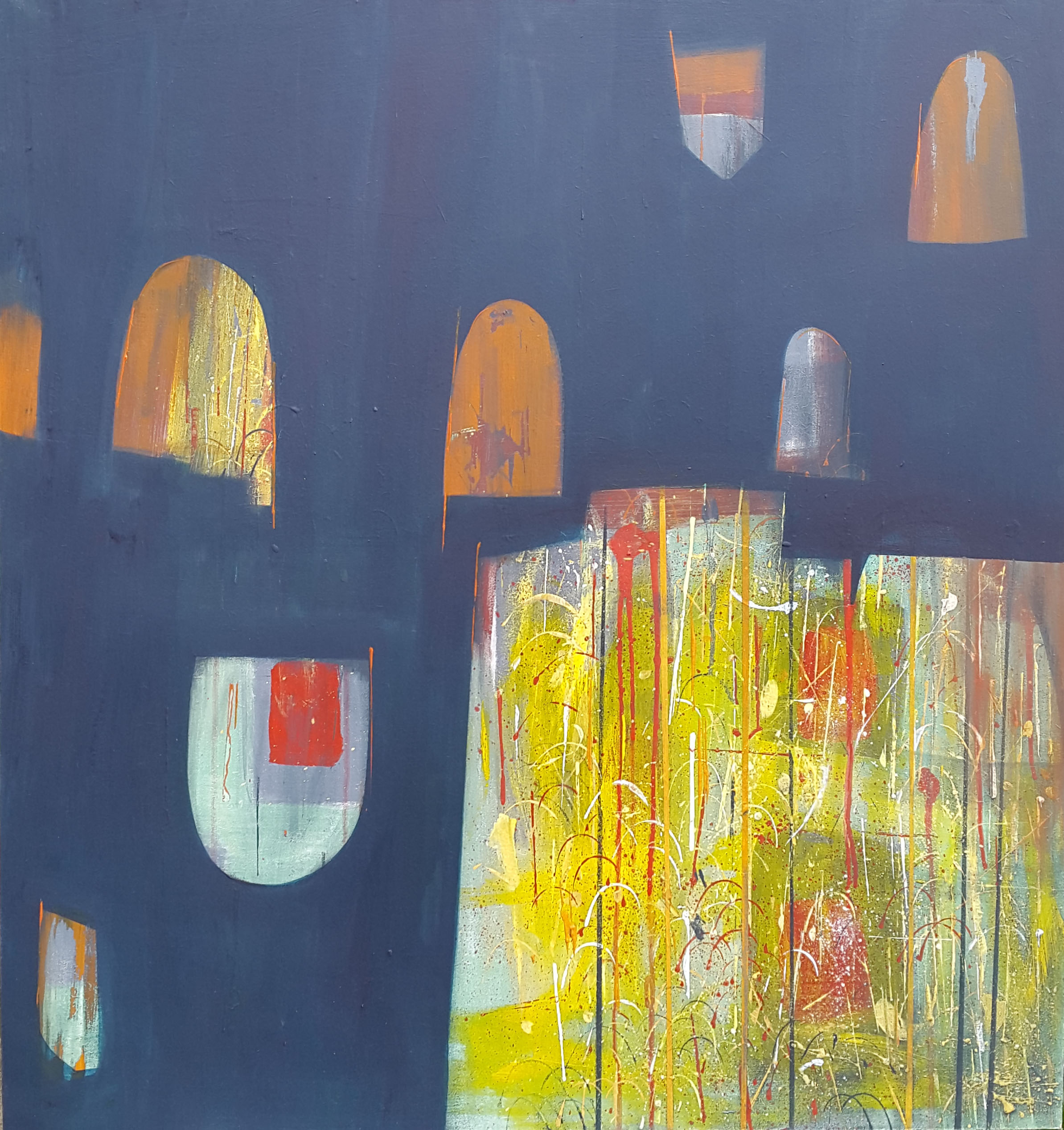 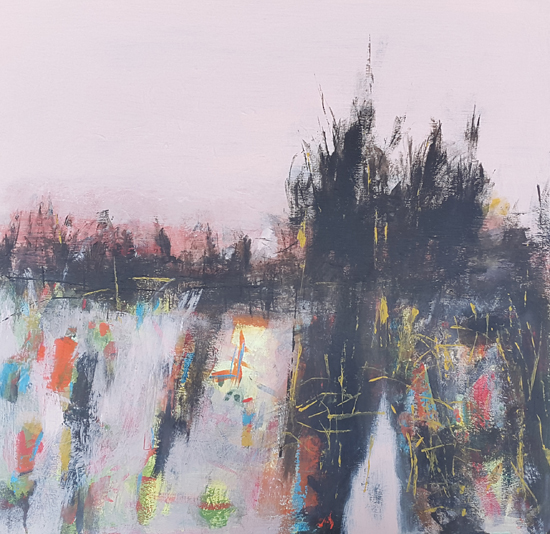 Originally from Leeds, Bal graduated from Hull University with a BA in printmaking, followed by an MA in Fine Art painting from the University of East London.

‘The difficulty of abstract painting has been likened to playing tennis “without the net”. The rule is that there are no rules and so the requirement therefore becomes to “unknow” what one already knows. Instead of producing representations of things that correspond to existing objects in the world, painting becomes the recording of impulse and gesture, that is, a differentiation in focus from the objective to the subjective. If the history of art over the centuries has tended towards the emancipation of form and colour and line and perspective from rote and rule then the complex melding of the decorative forms of pattern from the well spring of the unconscious, mediated through gesture becomes the stuff of art’.

Bal was awarded the UEL Painting Purchase Prize, 1998 and has  exhibited continuously at the Leeds Fine Art Open Exhibition.  Her work has been recognised  three times at the Mercer Gallery Open Exhibition, where she has been awarded Second Prize in 2019 and 2010, and Highly Commended in 2017.