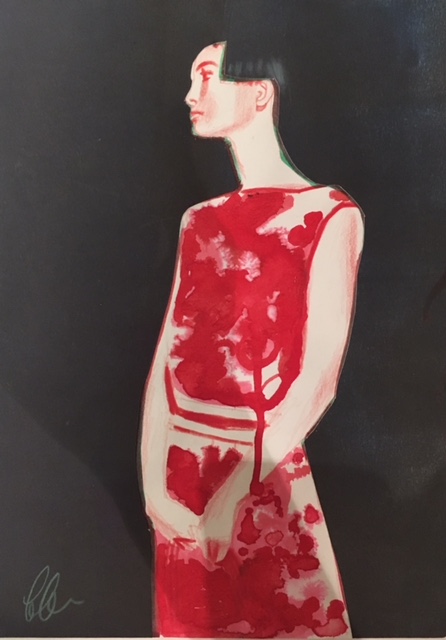 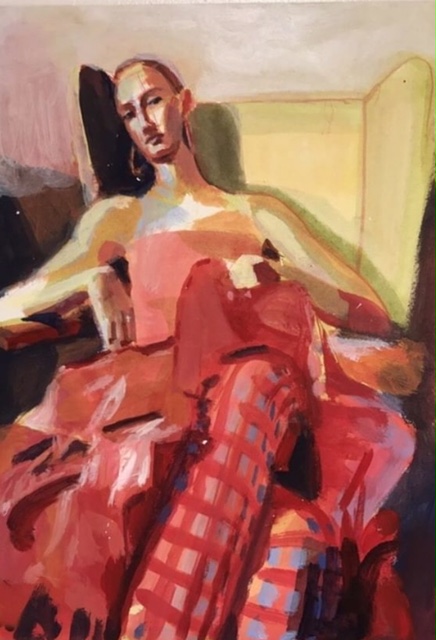 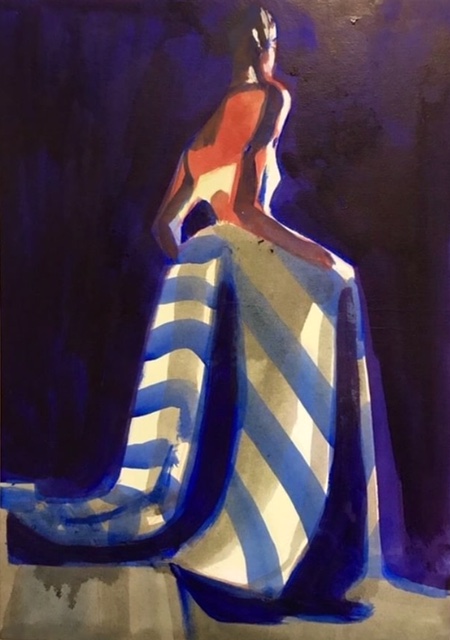 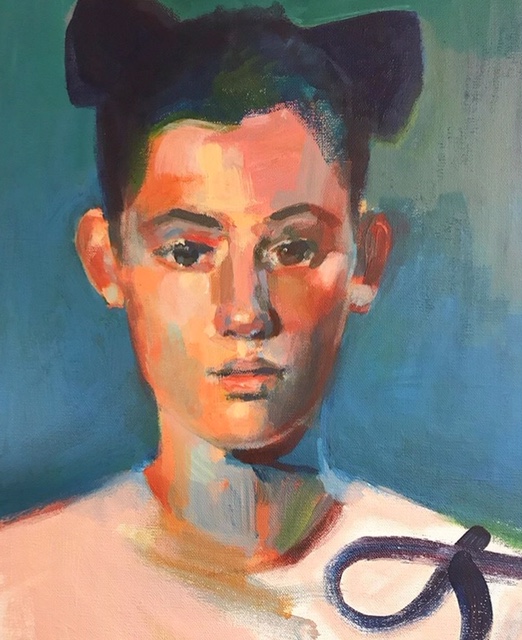 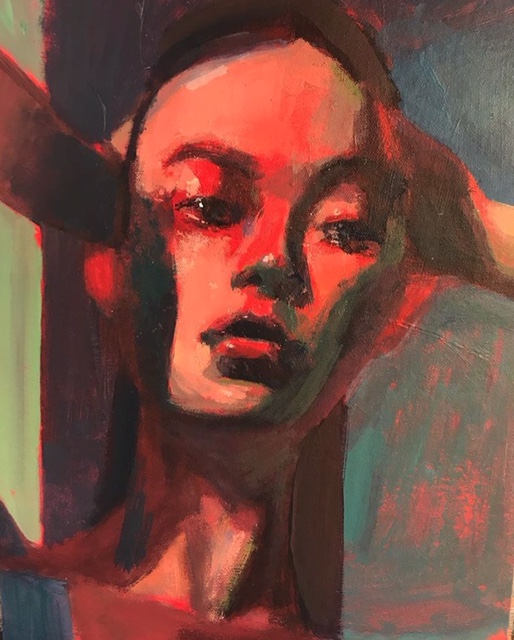 From Bristol, Chris graduated from the University of West England in 2001, with BA (Hons) in Illustration.

Primarily a fashion illustrator, Chris has produced illustrations for Zara, Spain and his work has been published in fashion and creative press in the US, Australia and Europe.

Chris’ work is gaining attention with the fashion and beauty industry and recent commissions have included an illustrated editorial for New York hair and beauty company, Prose (2019) and a large mural painted before the public in real time at children’s wear event in Paris (2019).

Most recently, he was commissioned to create the cover illustration for a new  biography about Italian Baroque artist, Artemisia Gentileschi, by art critic, Jonathan Jones.  The book accompanies a major exhibition of Gentileschi’s work at the National Gallery, London in April, 2020.

‘My aim is to go beyond the working surface, and to explore form. I used to carve stone and that feeling of the reductive process is still very much present and a part of my approach. I think of a surface as a window through which is a 3-dimensional space for work to be created and explored.

I went through a period of working digitally to ‘compose’ final pieces, this was my main method of creating ensembles for fashion publications in the 2000s. I would draw from life for entire mornings in the centre of the city of Bristol – filling sketchbook upon sketchbook with observations. I would draw on top of other drawings and go back through looking for space between sketches in order to record the movement of commuters and people in conversation in central cafes. I wanted to train my muscles to replicate form and movement quickly so that I could capture moments which conveyed something to me.

I took a long sabbatical from my art and travelled and taught English, soaking up the world. But the need to create was always there, bubbling under the surface and finally became too great an urge to pass over. I started drawing again, this time finding the digitally created image too constraining. I began to play with different mediums and tools, and found I loved every part of mark-making process. I initially used pencil crayons and pastels which I had always felt comfortable with, then ventured into inks and paints. I love amongst texture and for this, I used stamps, tape and stencil techniques.

I have always been fascinated by the human form and the various clues as to our inner-feelings which present through body-language, this was especially so in countries where I did not speak the language for a long time. It’s for this reason that I was drawn to fashion illustration and portraiture.

The designs of Comme des Garçons resonate for me – the sculptural forms are a constant source of inspiration. Italian Artist Lorenzo Mattotti is probably my biggest influence, the composition and colour of his work is breath-taking. He manages to set up a tension of movement and vibration within an image. I am also inspired by the work of Rene Grau, the sculptural forms of Euan Uglow, Brancusi and Giacometti, the rawness and power of Jenny Saville, and the simplicity and sensuality of Cecilia Carlstedt’.

Chris has many collectors of his work, both nationally and internationally – we happily post  his unframed pieces to the UK and abroad.